Footrot Flats was a comic strip written by New Zealand cartoonist Murray Ball. It ran from 1975 until 1994 in newspapers around the world, though the unpublished strips continued to be released in book form until 2000. Altogether there are 27 numbered books (collecting the newspaper strips, with additional material), a further 8 books collecting the Sunday newspaper strips, and 5 smaller 'pocket' books of original material, plus various related publications. There was also a stage musical, an animated feature film called Footrot Flats: the Dog's Tail Tale, and even a theme park in New Zealand. The strip reached its peak of popularity in the mid 1980's, with the books selling millions of copies in Australasia. At various times, Ball cited different reasons for quitting the strip, including the death of his own dog, and his displeasure with the direction of New Zealand politics.

The cartoon was based around the life of Wal Footrot's sheepdog, called "Dog", on their farm Footrot Flats, and the other characters, human and animal, that came into their lives. The Dog's thoughts are voiced in thought bubbles, though he is clearly "just a dog" rather than the heavily anthropomorphised creatures sometimes found in other comics or animation. The humour was based around the foibles of the characters, which many, particularly farmers themselves, found easy to recognise around them. There was much "humour in adversity", making fun of the daily struggle that permeates farming life. The depictions of the animals are quite realistic and detailed, with a dose of comic anthropomorphism superimposed without spoiling the farming realism. 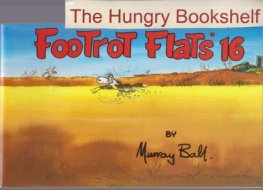 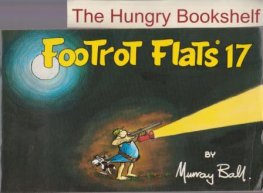