Bottersnikes and Gumbles are fictitious creatures in a series of children's books by Australian writer S.A Wakefield and illustrator Desmond Digby. Four books were published between 1967 and 1989. The series is considered a classic of Australian children's literature and has sold more than 500,000 copies worldwide. Since 2012 an animated television series has been under development.

Set in the landscape of the Australian Bush the stories recount a series of conflicts between the lazy, destructive Bottersnikes and good-natured, hardworking Gumbles. Inspiration for the series came from the emerging environmental movement. The two species were intended to represent opposing attitudes towards the environment; those who destroy the bush, and those who clean it up. These themes however are diffused by the series' humour, absurdity, playful language and its sense of the ridiculous.

Bottersnikes have green wrinkly skin, cheese-grater noses and long, pointed ears that go red when they are angry, which is most of the time. They are perhaps the laziest creatures in the world. They eat mattress stuffing (preferably barbecued) and pictures of food out of magazines, and for sweets they like rusty nails and bottle tops. The Bottersnikes’ biggest fear is water, because they shrink when they get wet and have to be hung out to dry.

Gumbles, on the other hand, are the most friendly and cheerful creatures in the bush and can be squashed into any shape without being hurt, although when flattened out completely they cannot regain their own shapes without help. They are hopeless when they get the giggles. 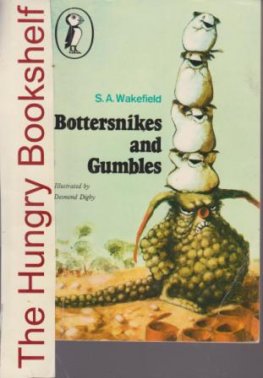 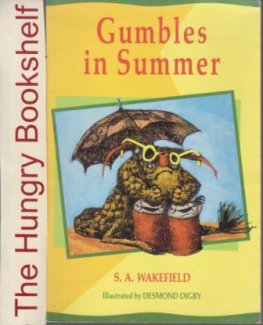 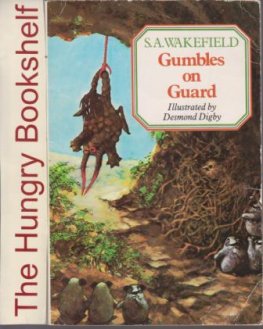 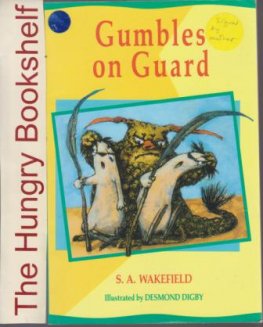